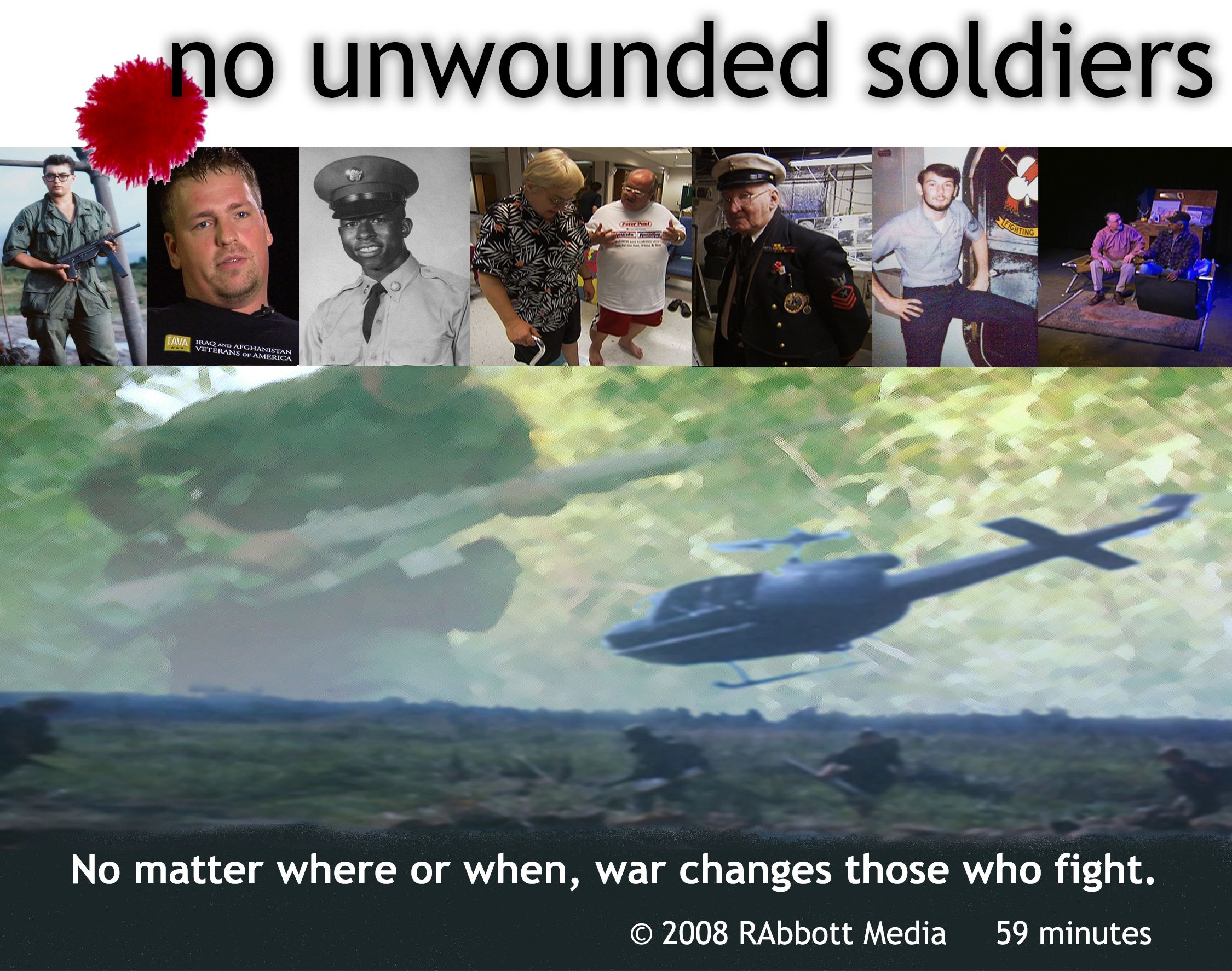 Welcome to No Unwounded Soldiers documentary

When the wars in Afghanistan and Iraq began, American war veterans who had served in Vietnam were especially troubled by parallels with their own experiences. The making of No Unwounded Soldiers began in 2005 at the VA Connecticut Healthcare System hospital in West Haven, Connecticut, during a weekly drama therapy group led by registered drama therapist Mary Lou Lauricella. The documentary follows a group of veterans as they explore, through drama and the arts, the deep and lasting effects that war has had on them, on their families, and on their communities. The documentary also presents the personal stories of eight veterans of three wars: Frank Attruia, George LaBounty, Lewis Mungo, Jan Rilance, and Mike Steele, from the Viet Nam era; Ed Borucki and Grace Bell, who served in World War II; and Robert Timmins, who served in Iraq. This courageous group explores the universal impact of combat, showing that no matter what the war, the pain is the same. They share their emotional and psychological struggle for inner peace after war in hopes of helping others who are just starting on the path of healing.  And they show that healing is indeed possible, especially through the arts.

No Unwounded Soldiers was produced, directed, and filmed by Rebecca L. Abbott. It was an official selection of the 2007 Vail, Colorado and Northampton, Massachusetts Film Festivals and the 2008 Gloria Film Festival in Utah, and the Connecticut Film Festival. It has been broadcast on Connecticut Public Television and is currently being used in therapeutic settings and in the training of health care professionals.

We're here for you

Do you have questions or comments about our film? Do you have a theater where we could arrange a screening? Send us a message, and we will get back to you soon.